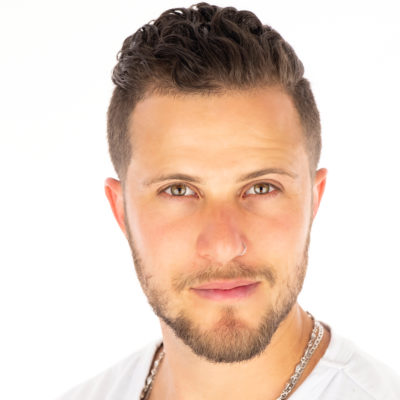 Noah Kessler De St Croix is a multimedia artist, music producer, experience creator, design virtuoso, creative director, and community leader. He brings his unique energy and originality to everything he touches. Hailing from Zuni, New Mexico, Noah first discovered his deep passions for music, environmental advocacy, human connection, international relations, economics, and creative expression early on. He received his BA and MBA in International Business from the University of New Mexico. Throughout his time in Albuquerque, Noah produced many independent, unique, and community driven events, club and venue shows, and other multi focused experiences. As a result, he earned a reputation as one of the most well respected and revered promoters in the Southwest region of the United States.

Noah’s impressive portfolio of events caught the attention of powerhouse concert promoter and artist management company C3, where he landed a position in music promotion and production. His responsibilities at C3 consisted of managing multimillion-dollar festival budgets, booking some of the largest musical talent in the world while curating festival lineups, executing marketing plans, and producing large-scale concerts and festivals from beginning to end. While at C3 he worked on events such as Voodoo Music Festival, ComplexCon, 30 Days with Red Bull, Surf Lodge, and several clubs and venues across the state of Texas.

After leaving C3, Noah went on to book over 180 concerts and shows at Meow Wolf in Santa Fe, New Mexico as well as the Dark Palace in Denver, CO. Amidst the pandemic, he served as a talent buyer and promoter for Lake Shore Drive In, an independent live concert experience that produced more than 45 shows in Chicago throughout 2020.

A true visionary from an early age, his professional career powerfully reflects his unique artistic vision into the world. A true virtuoso across multiple creative and business-oriented disciplines, Noah uses his event series as a forum to paint a colorful canvas for discovery and self-expression. His intimate event experience creations serve as an impactful hub where he and attendees can share their artistic expression and exchange ideas.

Under the moniker Swayló, Noah excels as an electronic music producer. His music takes listeners on a magical, sonic journey around the globe, combining elements of tech house, deep house, hip-hop, and organic instrumentation, while spreading the powerful message that nature is resilient. In just a few years, as Swayló, has already brought his musical talents to the stages of New Orleans’ Voodoo Music & Arts Experience, Sundance Film Festival, Spring Awakening, and Lake Shore Drive In and supported renowned EDM acts Zhu and Nora En Pure. Noah created his own event offerings named the Ancient Future Experience and Swayló Nights and Oasis. His immersive events unite people to share art and music with the aim to cultivate conscious community and encourage expression, connection, and discovery. His experiential events begin with meditation practices before progressing into Ibiza like dance parties as attendees transcend to new heights. In 2019, he brought Swayló Nights and Oasis to the major metropolitan cities of NYC, Los Angeles, Miami, Houston, Austin, and Denver.

Noah recently added real estate to his portfolio. He plans to use his real estate license to identify and develop new or pre-existing spaces, most notably progressive multifamily housing, and boutique hotel and community developments. He is also currently helping re-brand and run

social media for the Georgian Hotel in Santa Monica, CA. As a team player and a leader, Noah is excited to develop Spacial Activations alongside like-minded, hard-working, and creative people.