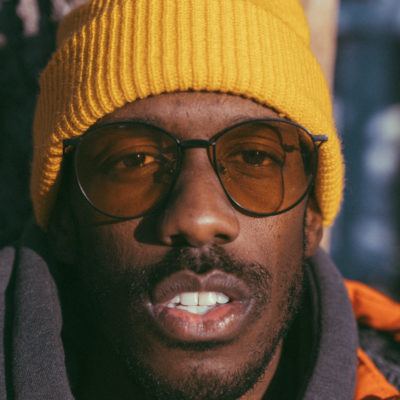 Jeremy “Tay” Jasper is an American singer, rapper, songwriter, record producer, creative director, and entrepreneur. He is best known for his award-winning songwriting for K-Pop super groups, EXO, SUPERM, and NCT. His music style can be described as progressive hip-hop, electronic, and r&b.

In 2015, Jasper was invited to Korea to work with producers LDN NOISE and the biggest record label in Seoul; S.M.  Entertainment. Between 2015 and 2020, Jasper has written over 50 K-pop songs, including Super M’s “JOPPING”,  EXO’s “Ko Ko Bop” and “Tempo” ; NCT’s “7th Sense”, and F(x) “4 Walls” . His songs have amassed millions of  streams worldwide and earned him Song of the Year at the Gaon Chart Music

Awards and Soompi Awards. In 2016, Jasper relocated to Albuquerque, NM to be closer to his daughter. After seeing a massive void in the local music scene, Jasper, alongside good friend and collaborator Marcus Scott, created LAWD. Which later became OH LAWD. OH LAWD is a collective, specializing in constructing innovative opportunities for up and coming artists and musicians by providing a platform to share, perform and release content. OH LAWD offers event planning, artist development, creative direction, recording studios, live streaming, distribution, publishing and more.

“If you can dream it, then we can create it.” OH LAWD’s vision is simple, to become a leading full service creative arts company, rewriting how art and business flow together. As CEO, Jasper has helped OH LAWD build a massive imprint within the local community and now plans to take things into the global market, creating a fair and safe entertainment industry, for all.